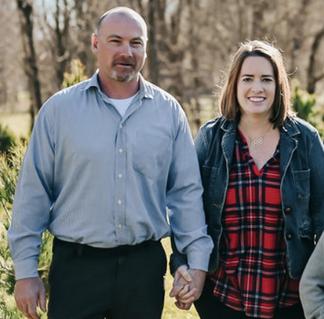 Dr. Jennifer Heil is happy to be in Spencer. She worked in Spencer as a Foster Care Case Worker in 1999 after graduating college with a Bachelor in Psychology from Indiana University.  After working as a social worker for several years, she returned to college to earn a certificate as an Optician and Optometric Technician in 2003. After attending the technician program, she returned to IU and completed the Bachelor in Biology program in 2004.

Dr. Jennifer Heil went on to pursue a Doctorate Degree from the Indiana University School of Optometry in 2004. During Optometry school, she became a member of Indiana Optometry Association, Stonebelt Society, and the American Optometry Association. While pursuing her Doctorate degree, Dr. Heil participated in several humanitarian efforts at IU. She became the Vice President of VOSH (Volunteer Optometric Services for Humanity) in 2006 which is a student organization that performs free eye exams for individuals in Mexico.

After Graduating from the Doctorate Program in 2008, Dr. Heil was commissioned to perform Low Vision Exams for children at the School for the Blind and Visually Impaired in Indianapolis. She also saw patients in Greencastle and Nashville, Indiana before coming to Spencer. She is excited to be in Spencer, and looks forward to earning your trust.

Dr. Jennifer Heil is married to Adrian, and has two handsome boys. She enjoys taking trips to the zoo with her kids, visiting with friends and family, camping, and attending ATV/dirt bike sporting events.

Dr. Heil would welcome the opportunity to earn your trust!
​
View on Mobile